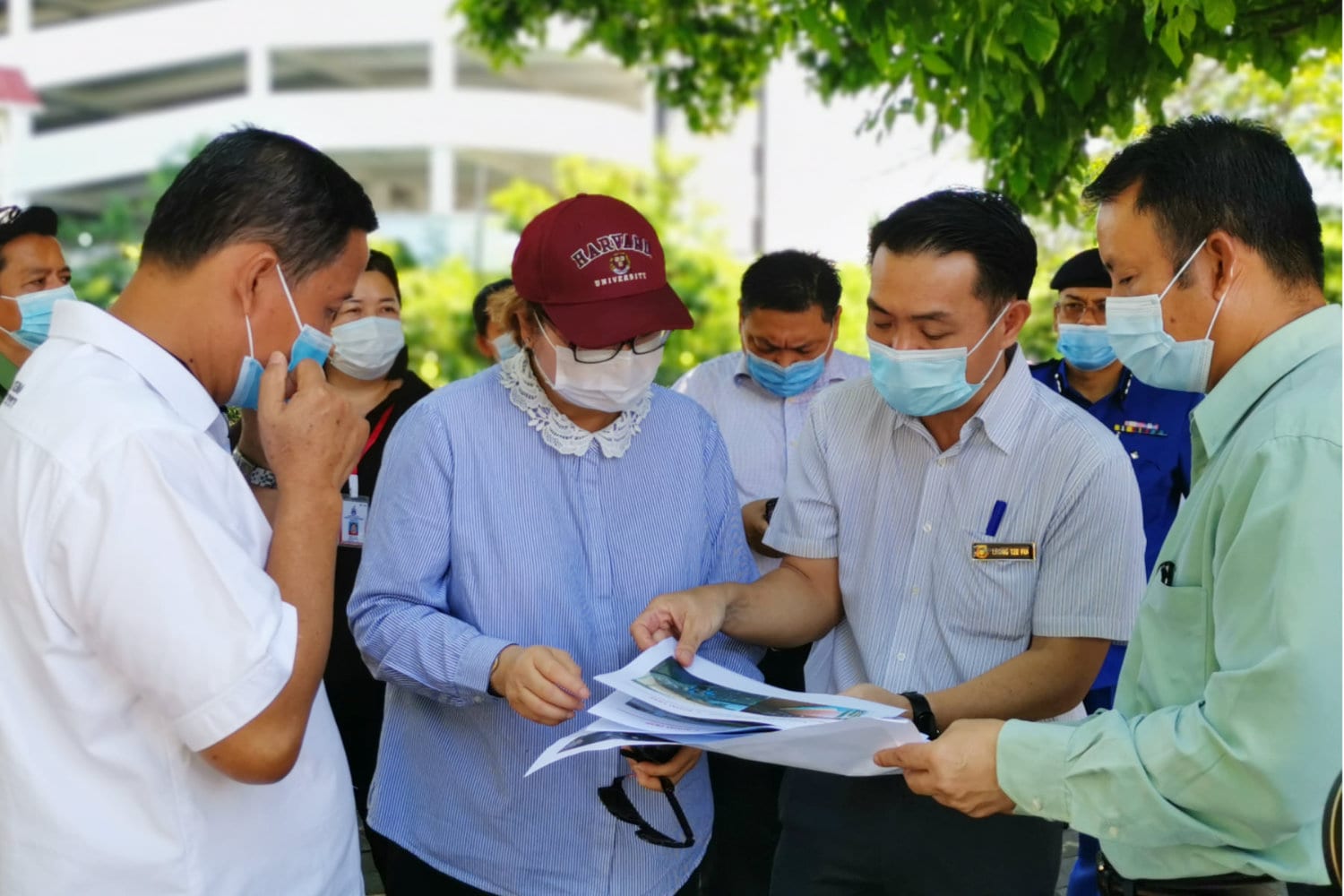 Api-Api, In The News, Tourism

KOTA KINABALU: Efforts are underway to transform the Sembulan River Park into yet another tourist destination post-COVID-19.

Deputy Chief Minister, Datuk Christina Liew said the third-phase facelift project, which covers the banks of the Sembulan and Karamunsing Rivers, will be jointly implemented by the Ministry of Tourism, Culture and Environment and Kota Kinabalu City Hall (DBKK).

“Efforts entail making the Sembulan River Park as one of Kota Kinabalu City’s prime recreation and entertainment precincts and branding the area as a ‘Must Visit’ place. Towards this end, we will transform the Park into a liveable area with a clean, safe and visitor-friendly environment. The proposed boat ride on the river will be yet another tourist attraction.

“Surrounding businesses will benefit from increased local and international patronage,” she said after a site inspection, accompanied by Mayor Nordin Siman, Tuesday.

Proposed improvements include a plaza with riverfront food and beverage kiosks as well as a night market, upgrading the existing stage for cultural performances, and building toilets for the convenience of tourists.

Liew, who is also Minister of Tourism, Culture and Environment, said the Mayor will meet with the nearby hoteliers and local fishermen on the 30-minute boat ride services for tourists, starting from the jetty.

“We hope the hotels will promote the services by encouraging their guests to go for the boat ride. Ferrying tourists along the 1.6km Sembulan River route for sightseeing will be a side income for the fishermen,” she added.

Liew, who is also Api Api Assemblywoman, said DBKK will engage a local expert to clean up the Sembulan River. “We will also install boom traps at strategic spots to stop garbage from flowing into the Sembulan River,” she said, after being shown the plan on the location and design for the boom traps by DBKK Director of Solid Waste Management, Leong Tze Fui.